Today I want to tell you about February in the United Kingdom.

As you may already know, British people don’t celebrate Carnival in February but in August. Notting Hill Carnival is one of the most popular parties of the summer, which makes the city of London leave behind suits in grey shades to move on to colourful costumes, lovely music and nights out that only come to an end when night time does.

The fact that they don’t celebrate Carnival in February doesn’t mean that there are no festivities in this month. In fact, what in Spain is known as “martes de carnaval” in the UK it is “Shrove Tuesday”, the last day before lent and, on a funny note, it’s the same day they celebrate their “national pancake day”! The day after “Shrove Tuesday” is known as “Ash Wednesday” that, although not related to Carnival, is also celebrated in Spain as “miércoles de ceniza”.

In the UK there’s also a “Mid term break” at school which usually lasts a week, in Spain “semana blanca” for some schools. As British students start school before we do in January, since they don’t celebrate the 6th of January, they have an extra break. In that way, and despite not celebrating Carnival like we do, children have either this or next week off so, if you think about it, they have the same days off, only not under the same name. 🙂

I must say that the UK is lovely this time of the year, not as cold as it used to be in December but still providing that melancholic landscape only winter can provide, so if you have some days off, why not travel to the islands? I’m sure you won’t regret it! 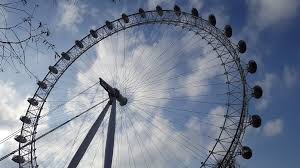 Last but not least, at Euroschool we also have exciting things going on in February. Our school exams start next Monday 19th of February and just today we’re having an informative meeting for parents who’d like their children to travel to the UK in summer! So, if you’d like to boost your English fluency and have a great time during the summer, come see us for information!

Have a lovely end of February!!! 😀